This is Not Your Grandma’s Birmingham: Value in Diversity

On stage at the Birmingham International Street Fair in Lynn Park

I grew up in Birmingham seeing mostly black and white faces. That’s why I was so amazed at the diversity I  discovered in other cities. The world is dull without the beauty of difference.

You can imagine how saddened I felt about leaving  the melting pot for a city that is historically known for its rigid segregation practices. We are not there yet, but is anyone actually?  One thing is for sure: we are  not where we once were. I think it’s high time for the world to start looking at Birmingham as something more than just the birthplace of civil rights. That’s why I love the city’s mantra “Birmingham Forward”. I’m hoping that Human Rights Week 2014 will be a sign of that change in the eyes of others.

The City of Birmingham is hosting Human Rights Week 2014 on October 22- 26, 2014. The week will culminate in a visit from the Dalai Lama at Region Field on October 26th. “Developing an attitude more concerned with others reduces fear and fosters friendship”, read  his most recent tweet. His Holiness has spoken out on human rights issues all over the world. Tickets can be found here. Look out for more event details next month.

However moving forward doesn’t necessarily mean forgetting the past. Last week, the city hosted Empowerment Week to commemorate the civil rights era. The week consisted of a series of activities, from panel discussions to a Diversity Fair.

I got a chance to attend the Diversity Fair, a partnership with the 3rd Annual Birmingham International Street Fair, at Lynn Park. Performers from diverse backgrounds graced the fair’s stage. Vendors filled the park air with beautiful fabrics, crafts, goods, and delicious food. Children roomed the park with balloon tales and tiger stripped faces. It was kind of  a beautiful moment. Check the slide show of pictures below. (Please give me some feedback on how you like the slide show compared to scrolling through pictures)

I realized that every person there had a cultural network that I knew nothing about. For the longest time, I thought there was a lack of diversity, because people didn’t live here. I  was wrong! I just never saw them, because I stuck in my own circles. I challenge you as much as I am challenging myself to hang out in a new spot and meet some new people. Be apart of the culture you want to see.

That’s my take on it.

One thought on “This is Not Your Grandma’s Birmingham: Value in Diversity” 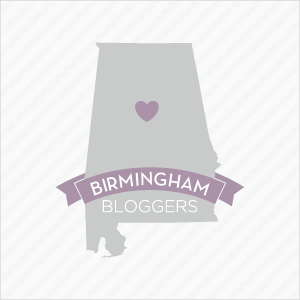